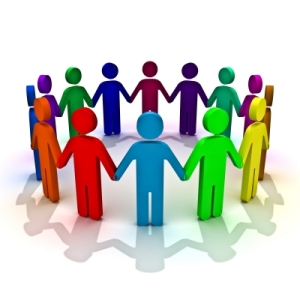 As part of my further studies, I have been exploring the challenges inherent in managing multi-cultural teams in international schools, particularly in places where host country nationals make up a majority of the staff. What I have noticed, is that it takes an acknowledgement by leaders to adjust their expectations and styles of leadership, as well as for them to demonstrate considerable understanding of the cultural and subjective reality held by others. For staff who hail from different backgrounds, this can result in a noticeable split between staff that can be referred to as cultural dissonance.

The potential for cultural dissonance often occurs in international schools where different sets of cultures have different expectations of each other. (Blandford and Shaw, 2001:157). These mixed culture dimensions have been outlined by Hofstede as a difference in the individual-collective dichotomy, power distance, levels of uncertainty, concepts of masculinity and femininity and Confucian dynamics. (Hofstede in Blandford and Shaw, 2001:161).

Uncertainty particularly has the potential to exist in many local staff, who often question their comparative value, creating crises of confidence, dissonance and even anger. This can be caused due to a number of factors including financial, as local staff are often being paid considerably less than their overseas counterparts. This is a problem acknowledged by overseas staff, who often feel the resentment towards them, and complain about the emergence of attitudes and behaviours which affect school climate. (Blandford and Shaw, 2001:128).

In my experience however, the blame may not be entirely one sided, as local parents can often be the most vocal in favouring overseas staff, as they often perceive them to be ‘better’. This concept has been described by Hayden (2006:77) as customer discrimination and has been supported by case studies demonstrating a lack of parental confidence in local staff (Richards in Hayden and Thompson, 2001:180). These attitudes place the Headteacher in a difficult leadership situation, as market pressures come into direct opposition to international education philosophies.

It may be seen as a reasonable expectation that parents, having registered their children at an international school, are in agreement with the values and ethos of the school. However, this may not be the case, as local parents often choose international schools for more pragmatic reasons such as overseas accredited examinations, the English speaking environment, or prestige. This is often due to a traditional understanding of education, which is very academically orientated, and comes into conflict with some of the more holistic values of an international education, (Hallinger, 2010:65). This then requires Headteachers to “address, balance, reconcile and subtly attempt to realign the expectations of Asian parents.” (Hallinger and Walker, 2011:298.) These parental views on education, often also joined by a sense of what makes ‘good’ teaching, or how children should be behave, creates unique problems for the Headteacher who attempts to build a coherent vision. If they are to do so, and avoid prejudice and stereotypes, then leaders need to understand how and why local cultures hold their perceptions. Bajunid (1996:52), presents a starting point for understanding these feelings, explaining that if there are historical traditions of perceived excellence that resonate, why should new ‘foreign’ concepts replace local knowledge?

With this need for cultural understanding, it is therefore vital for a Headteacher to consider leadership in view of what Hofstede has outlined as the Confucian tradition, which is linked to the role of the individual and collective within society. Many Asian cultures tend to be highly collective in nature, due to Confucian ideals of social harmony and the role of hierarchy, which mean that in order to lead, the Headteacher needs to engage collective spirit, gain acceptance of the group through informal leaders and encourage change both within and outside the formal setting. (Hallinger and Kantamara, 2001.) However, the leader must also be aware that the highly hierarchical structure of Confucian societies can lead to an over reliance upon vertical leadership through authority and positional power, which is opposed to the more distributed leadership inherent in the West, where open questions are asked in order to encourage debate between leaders and followers. (Hallinger, 2010.) This lack of debate can lull the Headteacher into a false sense of security as decisions are accepted without challenge, without them realising that dissent has simply been driven underground, resulting in a difficulty to implement and institutionalise change. A Headteacher should therefore be aware of the need to spend much more time on individual and collective consensus building.

This notion of hierarchy is very much affected by what Hofstede refers to as power distance. Asian societies may sometimes be seen as compliance cultures, where there has been a long held acceptance that there is always a correct, or incorrect answer, to questions. (Hallinger, 2010:65). This can often manifest itself into a reluctance to question the opinions of superiors, and result in situations where, “no matter how clear and explicit the call for teachers to share decision making powers with the Principal, they may just take no notice.” (King Fai-Hui and Cheung, 2007:181.) This is not necessarily limited to just teaching staff, but also includes parents who may be uncomfortable approaching the Principal, or students who have difficulty talking to teachers. Indeed, when a Headteacher works for a locally based Board, it may even result in Governors avoiding conflict situations, with sometimes dire consequences for the Headteacher.

Such is the Asian sense of ‘Greng Jai’, (the word in Thai given to the need to preserve social harmony (Hallinger and Kantamara, 2001), that it often results in the need to save face, resulting in discussions which may not mean what they seem. This connects to what Hofstede describes as the forces of masculinity and femininity which can take place even at the expense of accountability and productivity. (Hallinger and Kantamara, 2001:397). Therefore, the Headteacher has to understand that many local staff will take time to warm to innovation, requiring a longer term view of the change process. They must also appreciate that cultural views only adapt slowly, and that they must avoid the wholesale implementation of Western leadership frameworks that “lack cultural validity” with many of the local community. (Hallinger and Kantamara, 2000, 190). Therefore, it begins to become apparent that leadership of a multi-cultural context, and in particular, in an Asian setting, requires a high level of sensitivity and understanding from the international school Headteacher.